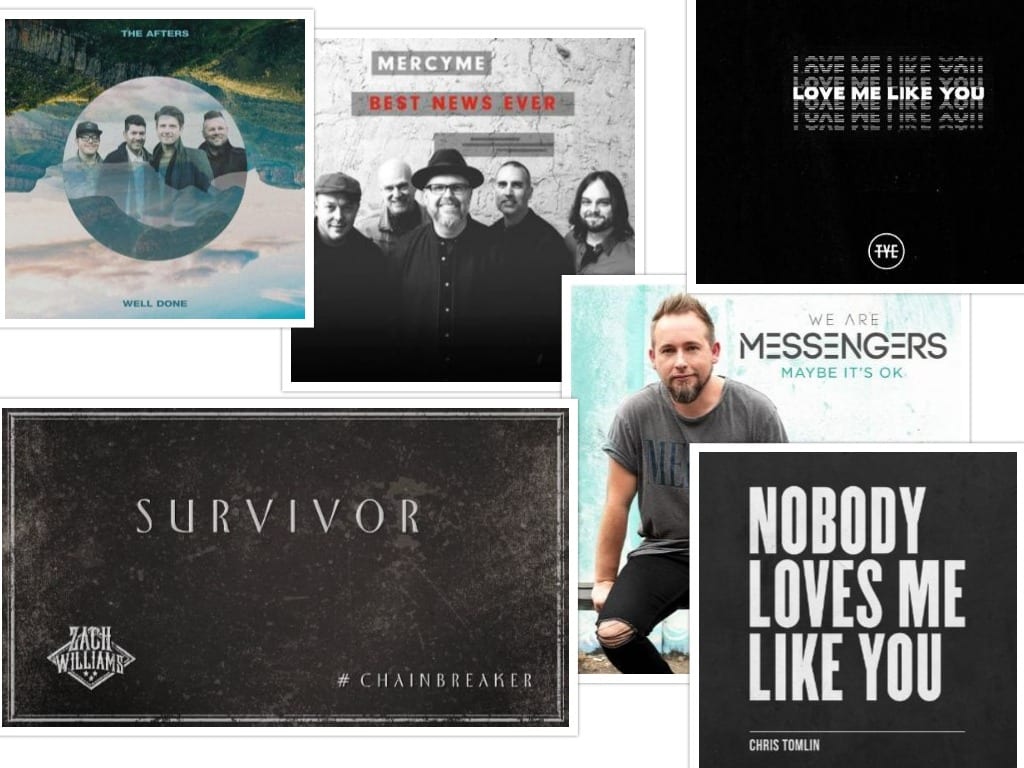 And just like THAT, 2019 showed up on our front doors! Hopefully this New Year has started out on a solid foot, with goals and dreams a plenty. I know one of our goals here is to, as best as possible, bring you new music that keeps you going throughout whatever the year may bring. So here are SIX new songs, for whatever mood you’re in!

If you weren’t convinced by “Even If,” or even “Grace Got You,” that this 9th studio album, “Lifer” wasn’t a solid CD, well here’s the 3rd single from it! This song packs some great beats with a message that reminds us that we’re never going to be perfect…and that’s okay. Because that’s not what God calls you or me to be. Here’s a little more about the track from the guys themselves (who will be heading out on the Imagine Nation tour in March with Crowder and Micah Tyler)

2019 looks like a BUSY year for Chris, with not only a Spring tour with Tauren Wells, but the Hollywood Bowl, a Christmas Tour, and some worship events here AND in Israel. So, if you get to go to at least 1 of those things, you’ll probably hear this latest one, the 2nd single off his worship album, “Holy Roar,” that came out last October.

They stopped by for a little bit back in October, and to hear the heart of this song by the Afters, it could make a grown-man stop and really think about the life he’s living. But don’t take it from me, here’s Josh sharing more:

They’re a new group to the public, but they’ve known each other since birth. See, The Young Escape are a set of siblings, Ryan, McKenna, Kyrsten, and Luke Johns, who’ve decided to put their musical talents together to let others know the fear, anxieties, and struggles they’re going through doesn’t have to be a lonely journey.

Before people knew him for his songs, “Chain Breaker,” “Old Church Choir” or “Fear is a Liar,” Zach Williams sang his songs to a group of prisoners quite often, getting involved with a local prison ministry, sharing Jesus to men who need to know the changing grace of God…because it changed him! See, Zach admits, the things in his past that he’d done could’ve lead him right to where each of those men at Harding Prison were at, which got him to want to help with the prison ministry, loving on those guys as Christ loves us. Now, Zach has gone back to the prison and did actually a live recording of some of his big hits, including this new one!

We Are Messengers, “Maybe It’s Ok”

It’s the answer we give to most people, whether we feel this way or not, when asked “How are you?”…”Ok.” But what if we weren’t okay…when did we stop being honest about how we’re doing, how we’re actually feeling? We Are Messengers does a great job in this new track to point out that it’s Ok to not be ok…but we need to admit that and be open about it. If you get a chance to head to Houston for the TobyMac: Hits Deep Tour, you’ll definitely get a chance to hear this one live.