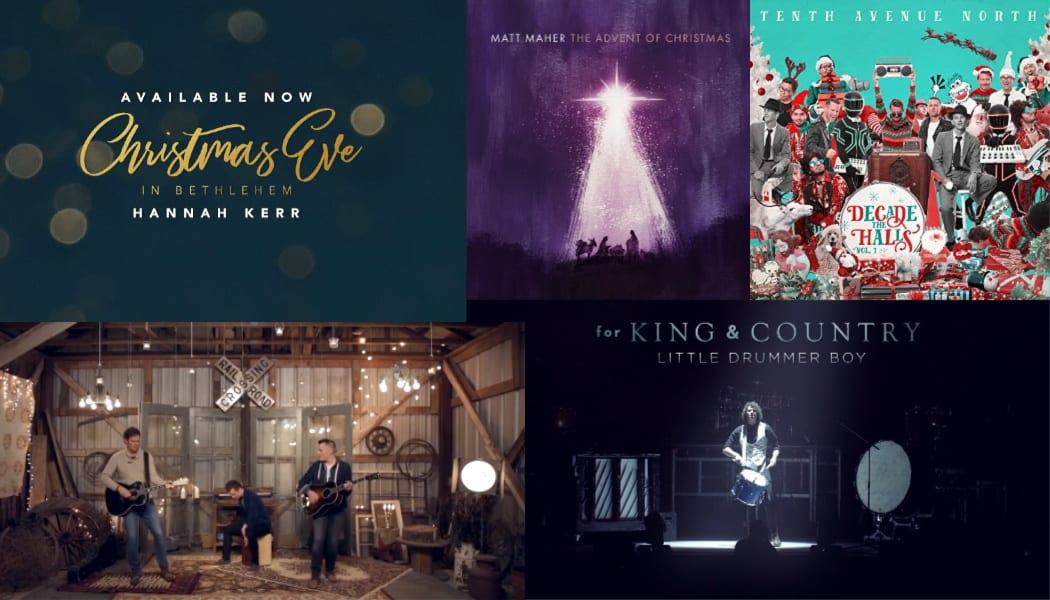 Okay, I’m not going to list out all of the Christmas songs we’re playing this year (because if my math is correct, we have around 350 songs in rotation this year – whew)! BUT, there are always a few new ones we add each year, some familiar tunes (with a new twist) and some originals. So, here’s a little more about the songs (even a tutorial video for one of them)!

I think Jason Gray phrased it very well on his Instagram account, “What do you do when a world class vocalist asks you to sing a duet with him? You say yes! And then get your cozy sweater and guitar and head to the barn.” That’s exactly what happened with this classic hit between Jason (who’s going on a Christmas Tour with Stars Go Dim) and Marc Martel. Enjoy the cozy video…which also has Jason’s son, Kipper, playing the cajon (or box) in the back

Around this time last year, this newbie to Christian Music was still getting her feet wet. But now Hannah is running with the big dogs, and has recently put out her own Christmas CD, “Christmas Eve in Bethlehem.” Here’s a little stroll down memory lane with Hannah as we all think about the Christmas time

Off their CD, “Decade the Halls,” Tenth Avenue North brings a little old school rock ‘n roll (with the help of Zach Williams of course) with this original song. As we get surrounded by what Christmas has become now, we sometimes forget how it all started, which Tenth does a great job reminding us all!

Matt Maher, “Born on That Day”

Not only has Matt Maher put out a new Christmas CD, “Advent of Christmas,” but he’s also put out a book for children to go along with the music (named the same as the album). If you’re church worship team is looking for a new Christmas track, Matt took some time out of his busy life of music making, touring, and family-time to do this tutorial video!

Okay, this isn’t a new song, let alone a new version done by this dynamic band. BUT, for King & Country decided to add a little extra to the track they put out back in 2015, and, well, you just have to watch!