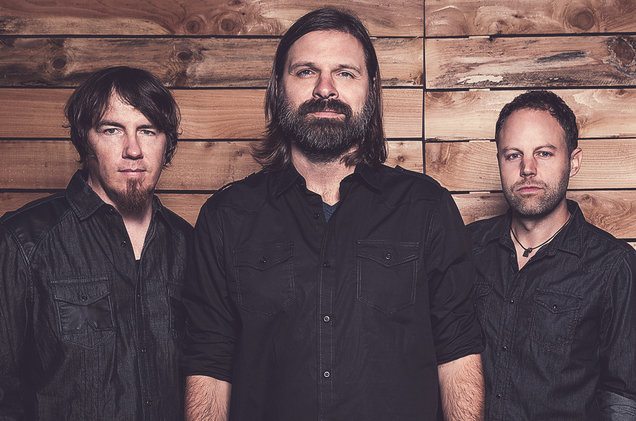 Third Day shared with us that the band will be no longer after a Farewell Tour. Third Day has been a mainstay in Christian music for nearly three decades! The Farewell tour kicks off May 31 for a 12 date-run.

Don’t worry! The band isn’t going through bad times, or fighting with each other, they just want to move on and do other things! In fact, the band is made up of best friends.

Mac Powell and Mike Lee co-founded Third Day while they were still Georgia High School students. They built a following around Atlanta, their hometown, and released independent projects in the early ’90s before signing with Reunion Records.

Mac, Third Day’s lead singer, recently sang for the KVNE crew. What a moving and awesome evening! Mac has one of those beautifully raspy voices. He even sang some old country! Mac has always enjoyed country music. He describes it as “not just a creative itch, but a creative itch that needed scratching.” In fact, Powell recorded a country record two years ago.

The band has won four Grammys, 24 Gospel Music Association Dove Awards, among other accolades while on Christian radio with such hits as “God of Wonders,” “Show Me Your Glory,” “Come Together,” “I Believe,” “King of Glory,” “Cry Out to Jesus,” “Call my Name,” “I Need a Miracle” and “Soul on Fire.” Third Day is also in the Georgia Music Hall of Fame.

Mac, the father of five, is one of the most awarded artists in Christian rock music. For more than two decades, he’s been the lead vocalist and principal songwriter of the Christian band Third Day. Third Day has had a successful run in the last 25 years.

“We’ve been talking about it for a while now,” Powell said. “I’ve had things I’ve wanted to do and Mark is really enjoying writing and David is loving photography now. It’s bittersweet. I’m sad that it’s coming to a close, but I’m excited about starting the next season of my life.”

Best of everything, guys!

“And we know that God causes all things to work together for good to those who love God, to those who are called according to His purpose.” – Romans 8:28