Home < For People Watching, Go to the Airport

For People Watching, Go to the Airport

Posted on September 26, 2018
By Fletcher Jonson 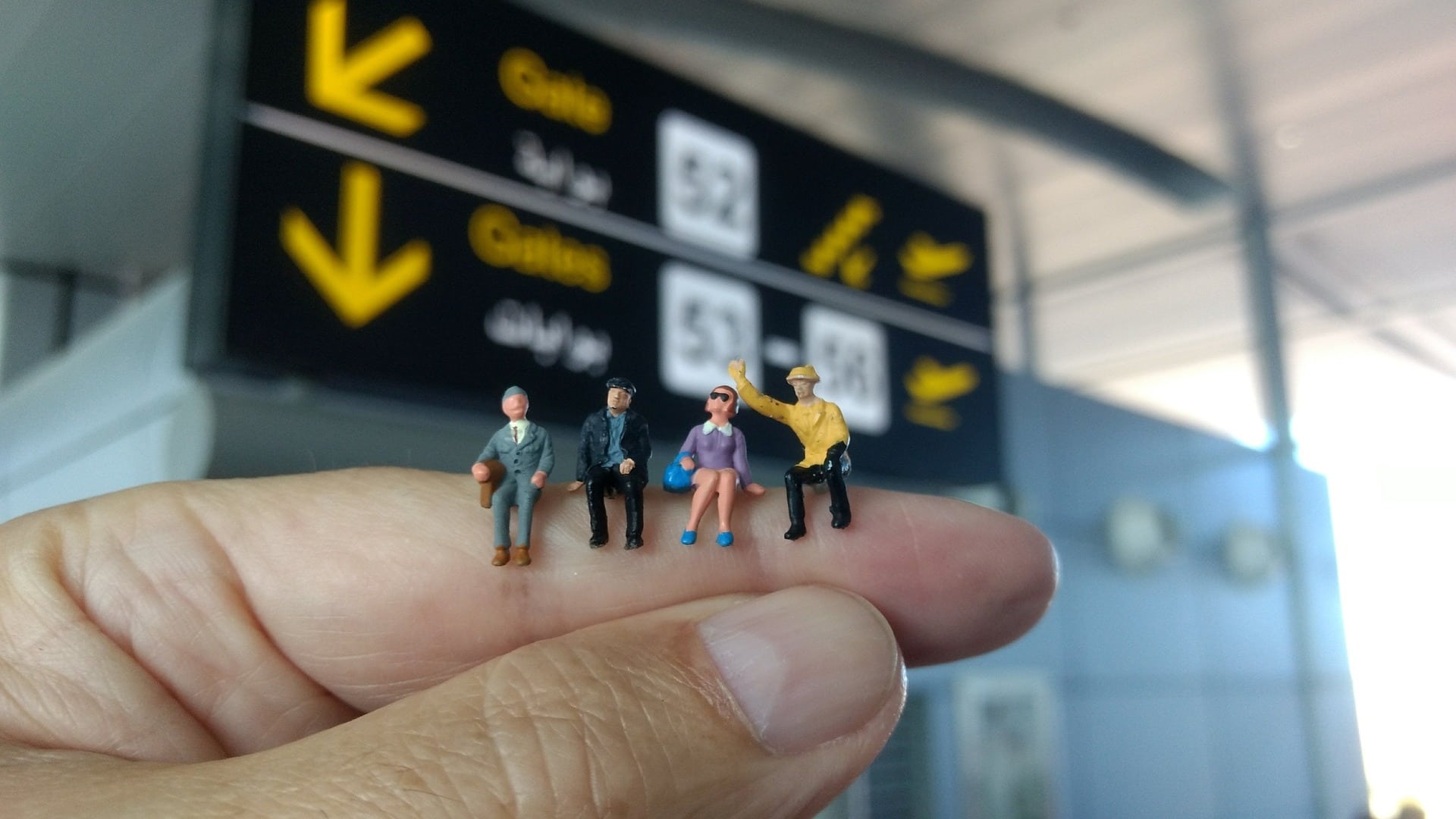 Just when I think I’ve seen them all, new characters continue to show up at the airport. And to think each one has a story to tell of how they got there!

It’s fascinating to see all the different colors, sizes and shapes of unique individual human beings represented at this transportation melting pot. It’s incredible to fathom how the same God who created the middle-aged white guy with his belly hanging out below his t-shirt, also made the thin young African American woman who decided to wear her bikini to the airport. I can’t help but wonder of either of them: “What were they thinking?”

I saw single moms toting screaming babies. I saw a young millennial couple in love who appeared to be surgically attached, and I saw a tiny man who carried his tiny chihuahua in a tiny pouch on his tiny back.

And they all have three words in common.

It doesn’t matter what we have to do. We’ll take whatever measures are necessary. Tip the taxi driver extra, jump on the beeping shuttle, or knock over women and children running to the gate, we’re all just trying to survive the millions of hoops we have to jump through to attain our goal. Because if we (I shudder to think) …MISS OUR FLIGHT?!?! Who knows what tragedy and doom awaits.

It seems it’s just that important.

Will we get a fast pass through security? Will the Starbucks line be as long as it is EVERYWHERE ELSE IN THE WORLD? Will we be able to pay our rent after shelling out $45 dollars for a ham sandwich and a Dasani? These are all obstacles that must be overcome in order to get the to the coveted aircraft on time.

So the next time you’re at the airport, look around at the vast differences in the huddled masses. Know that just because you don’t understand why a guy would tattoo his entire face, or how a 300-pound woman thinks she fits into a small, every one of these distinct individuals was actually made in God’s image. And though it may beyond our ability to do so in our own power, He loves them all very much!

Think about their stories and how they all have a reason for looking and behaving as they do. Remember they’re imperfect, striving for happiness, and simply trying to reach their “final destination,” just like you.

Wow…I just noticed a guy looking at ME funny.

The airport. For all the diversity, it’s actually common ground.

Maybe this is the place to start.