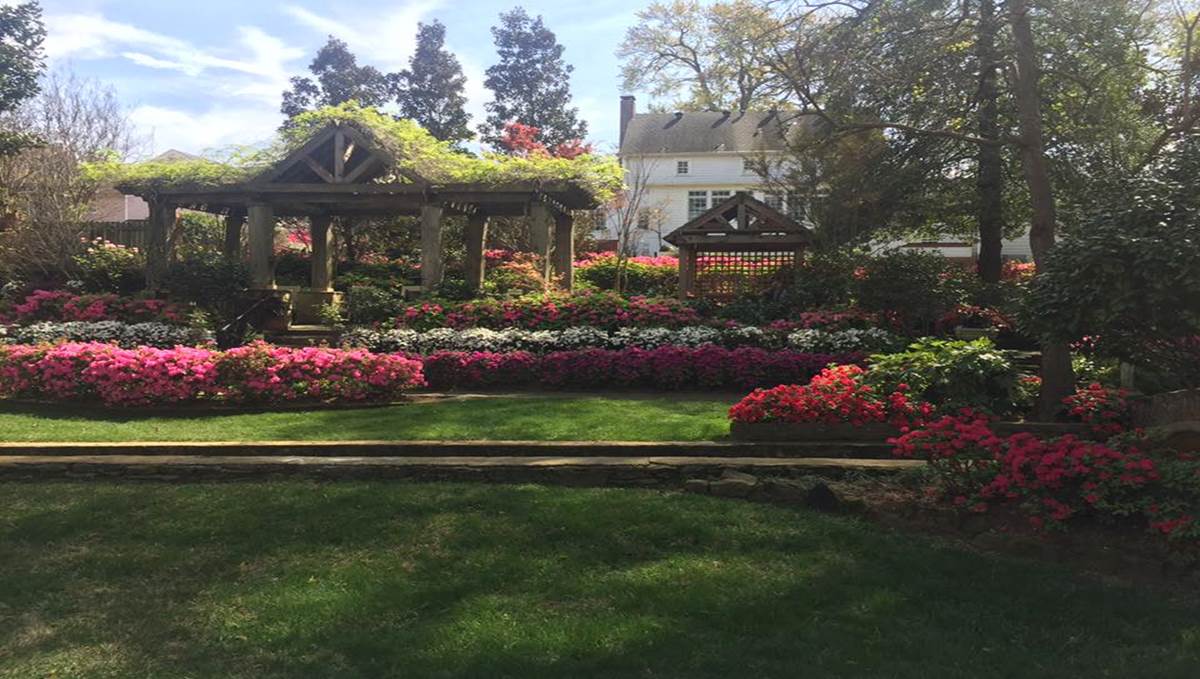 Grab your camera and don’t miss God’s spectacular handiwork. It will amaze you. Psalm 19:1 says The heavens declare the glory of God; the skies proclaim the work of his hands.

It’s time for East Texas to show off God’s beauty! It’s the Azalea and Flower Trails. I love the history behind the trails, because I’ve heard the stories all my life from my father and my grandfather.

I was born into a family with a lot of love for nature. Whether it be plants, flowers, grass, trees, or landscaping, it’s what we did for a living for generations!

Azaleas were introduced to Tyler in 1929 by Maurice Shamburger, one of the city’s early nurserymen. He liked what he saw so much, he decided to send the beautiful azaleas and colorful plants to Tyler by train from Georgia.

Mrs. Sara Butler, who worked at the Tyler Courier Times Telegraph, interviewed Mr. Shamburger about beautifying Tyler with azaleas and other flowers.

Mrs. Butler decided she would like to plant azaleas at her own home on historic Charnwood St. That home site, along with several other gardens on Lindsey Lane, soon became springtime showplaces with their colorful azalea blooms, and folks were noticing!

It seemed everyone began buying flowering plants and more by the thousands. Some of the thick, towering azaleas at older homes on the Trail date back to the ‘30s and ‘40s. By 1960, the beautiful azaleas were attracting much attention, so much so, the Chamber of Commerce established a marked route. The first Trail featured about 60 homes on a five-mile route. The Trail was an instant success.

I’m so glad Mr. Shamburger was inspired to beautify Tyler by planting these beautiful azaleas. My great-grandmother, Jesse Stella Utz, started Fairview Nursery in 1900 and actually grew flowers, mainly roses. Ms. Jesse would send those roses all over the country by train.

My grandfather, Elvyn E. Utz, once told me that his mother shipped more than 4 million roses in one year! Wow! He and his brothers took over the business sometime in the ‘30s continued the family legacy.

My grandfather also planted many of the Trails you see. It’s really awesome to drive by and see a few of the houses he had a hand in landscaping. My father, James Elvyn Utz, decided he would move to Longview and open up a Fairview Nursery. My father was a nurserymen and landscaper for 50 years! You might say “it’s in our blood!”

The Azalea Trails now stretch for more than 10 miles and attracts hundreds of thousands visitors to Tyler. The Trail has been featured in numerous newspapers and magazines, including Southern Living and Texas Highways, drawing visitors from all over America. Find out more about the Azalea and Spring Flower Trails, right here.

What’s your favorite part of spring? How do you see God’s handiwork and beauty in nature?