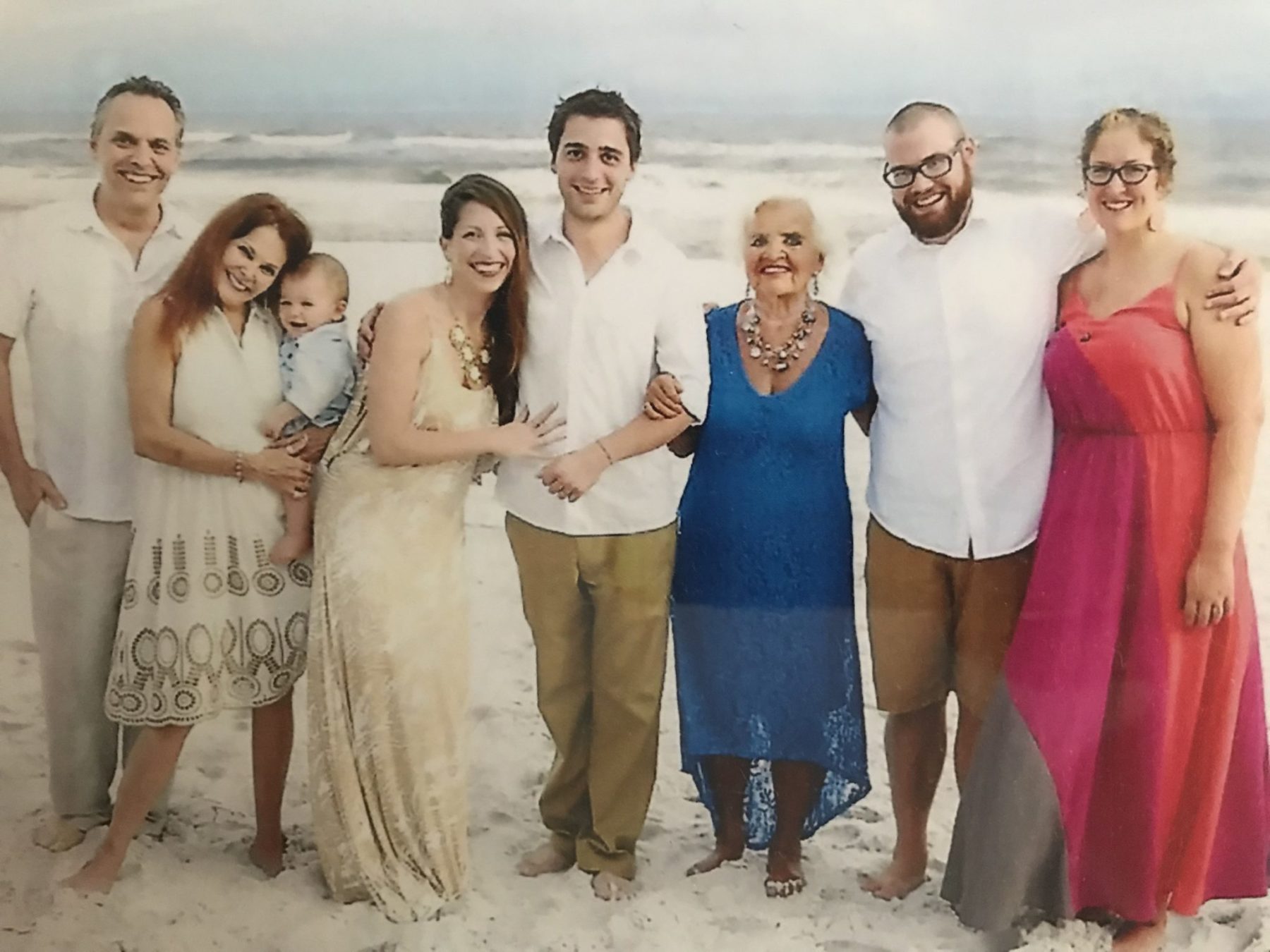 She warned about who to call friends. I knew better.

She told me to join the drum and bugle corps. It wasn’t cool.

She said stay in college. I was tired of studying.

She said there’s no perfect job. I was idealistic.

She told me going to church keeps you out of jail. I smirked.

She said “Just DO something.”

These are just a few of the tweet-able quotes she was known for long before Twitter was a twinkle.

It would be easy to review a list of regrets about things that can’t be changed.

Regrets. We’ve all got them.

I’m choosing to look at what went well. The last twelve years of Mom’s life were spent in her favorite place. Florida is where we vacationed every year. Finally, at the age of 75 she uprooted from her hometown of Cincinnati and retired on the beach. She married her best friend. He died a few years later. In September of 2014 she got baptized on that same beach. Lois and I were there.

Then in June of 2015 she died in her sleep on the day before her 88th birthday.

Those last dozen years were well earned. She had successfully raised five kids. All grew to be responsible adults. One was particularly bright.

My dad passed away in 1978. By this time, all but my teenage sister were grown. Mom continued to work and travel and play a major role in our family’s life.

I married and had moved south by 1981. As my new family grew, so did the distance between Mom and me. No ill will, I just didn’t call her as often as I should. Finally one day she confronted me about it. “I’ll be gone one day, and you should call me more often.” I became defensive.

Once again, Mama was right.

So I made a point to call her every Saturday morning. During those 12 years, I can count on one hand the number of Saturdays I missed. It became our appointment. I began to look forward to it. Thirty minutes. Just an update. How are the kids; what she was doing this week; the weather, which was always better in Florida, whether it really was or not; and the Tampa Bay Rays. I forgave her for turning in her Cincinnati Reds Fan Club card. She knew baseball.

I like to think we grew a little closer every week. After all the mistakes I made, all the gray hair I caused, and all the advice I ignored. She remained my biggest fan. It’s what moms do.

And then came that Wednesday summer morning in June, and she was suddenly gone.

So instead of lamenting what could have been, I’m thankful.

Regrets? Sure, we’ve all got them.

Instead, let’s count our blessings.

We’ve all got those, too.