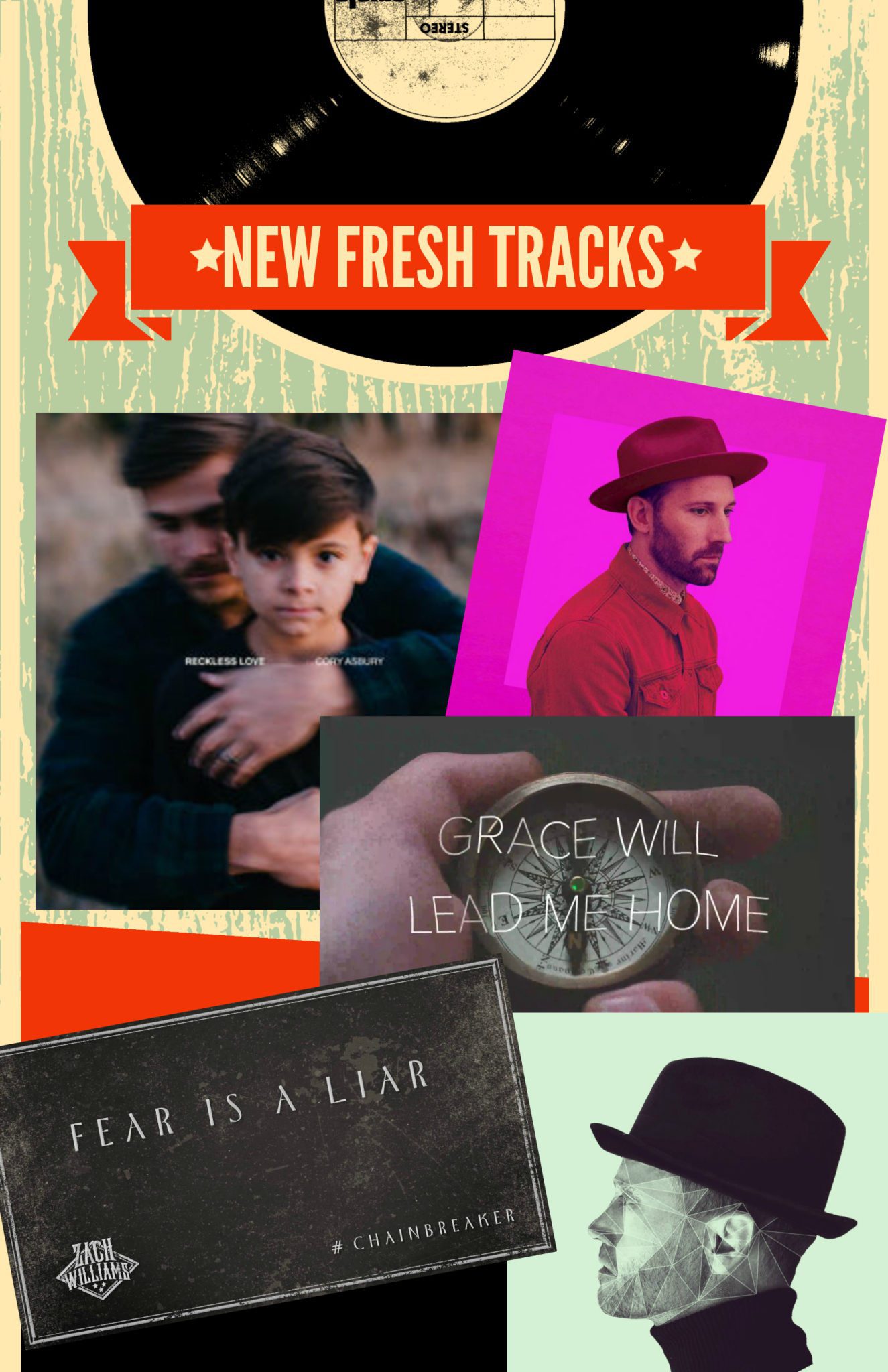 You waited patiently, going through Easter transitions and PraiseShare weeks, and they are finally here…NEW SONGS! And I know for some, 5 new tracks may be a little too much at once, but our hope is that…

Hopefully this bunch of familiar artists (and one newbie) can bless you just as it’s blessed our team…plus, if you’re part of the Music Crew, these were a few of the ones you’ve been ASKING for! Sidenote: if you still haven’t joined the Music Crew, THIS IS THE LINK to find out more!

TobyMac, “I Just Need U”

If the man isn’t putting out new songs each month (or at least that’s what it feels like sometimes), he’s helping other artists like Hollyn and Aaron Cole craft their skills for the Lord through his label, Gotee Records, he’s touring, and he’s being dad and hubby back home. But on top of it all, Toby and his family are planning on once again putting together the Run for Hope 5K in Nashville, helping raise money for the New Hope Academy (find out more about it HERE). And in true Toby fashion, that message of love he tries to spread to the people around him is talked about deeply in this new song from him. Here’s a little more about the track

Grace – it’s something we all need, but don’t always remember we need it. And it’s something that David wants to remind so many of in this latest song off his album “Yellow Balloons.” If you were at his album release party here at the studios, or if you’ve seen him recently in concert, this is probably a familiar one for you. But familiar or not, it’s a song that hits home for many for us. And for David and his wife, they’re going to remember what Grace really is all about as they get ready to expect a baby in the next few months!

Zach Williams, “Fear is a Liar”

During PraiseShare, this guy had a chance to stop into Tyler and put on an amazing concert that we couldn’t stop hearing about from YOU! In fact, one of the many stories from that night was that one of our volunteers had a VIP pass to meet Zach, but ended up giving it to a young man, who in turn met Zach and later that night gave his life to Jesus!!! The power of music is such an amazing thing, and with songs like “Chain Breaker,” “Old Church Choir,” and now this one, Zach is on a roll with hitting people in the gut with messages that really are needing to be heard.

It’s not every day where the first song you release ends up getting covered by other musicians like Israel Houghton, Passion, Shane & Shane AND Michael W. Smith in just a matter of a few weeks!! But for new artist, Cory Asbury, that’s exactly what’s happened with this song, which has spread like wildfire (like God’s love, hehehe). Here’s a live performance at his home church of Bethel and the story behind it

Mat may be a new artist to you, but for those who’ve been following his music, this guy is not a newbie at all! After 13 years of music and 5 albums, Mat is working on releasing his 6th studio album, this song being the first single from it, while also balancing first-time fatherhood (his daughter, Olive, just recently celebrated her 1st birthday)! He’ll be back in TX in May at the Cherokee Creek Music Festival, but until then, he’s putting last touches on the CD and releasing hits like this one!