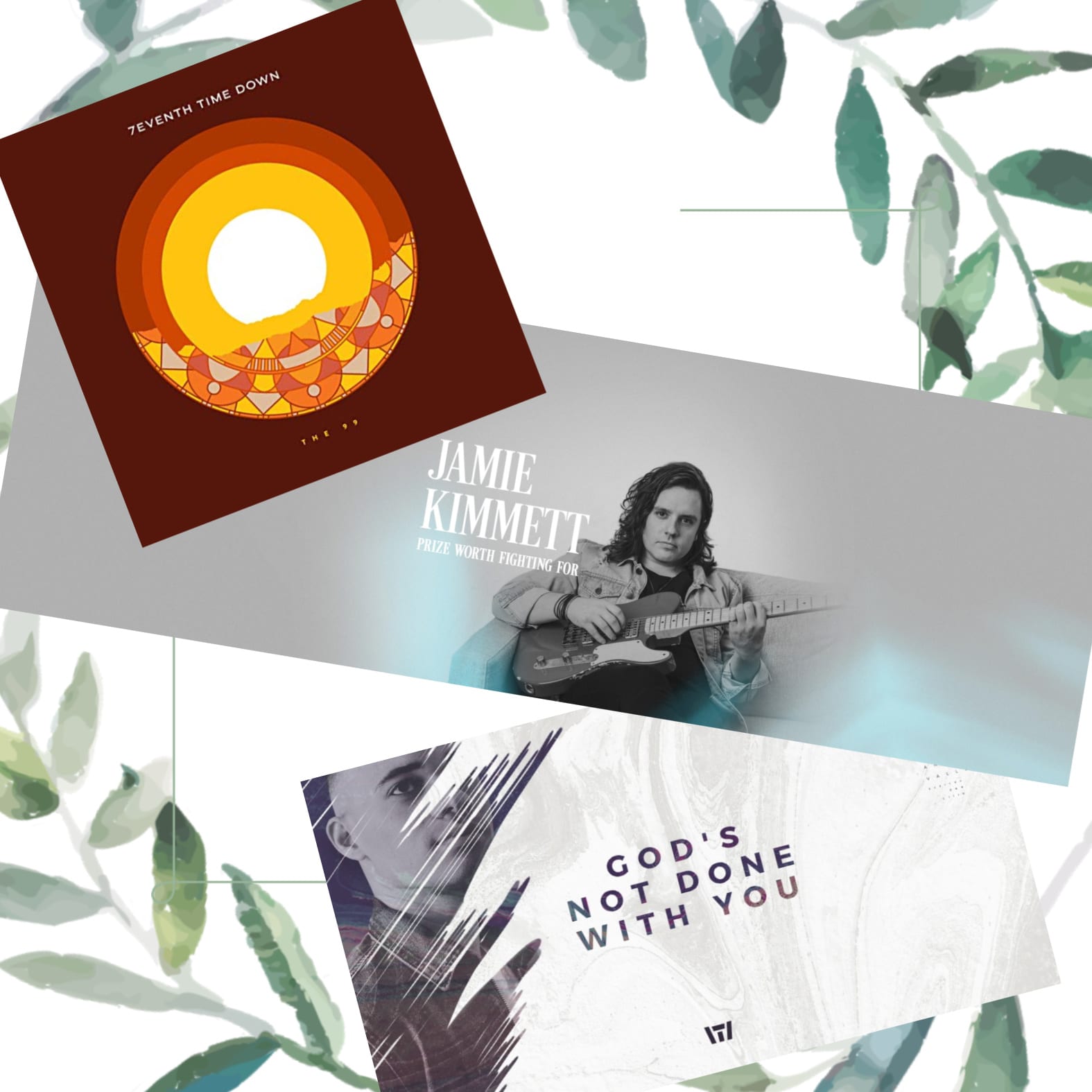 The Springtime in East Texas can bring with a lot of moods, depending on if the sun or the rain is coming in. And to fit this time of the year, we’ve added 3 new tracks that cover all moods, all feelings, but have one central heart: the love of Jesus Christ! Here’s a little more about them…

The guys of 7eventh Time Down have gone through quite a bit of things so far this 2019…and we’re not even half-way through the year yet! They’ve released a new album, “Brand New Day,” one of their band mates left to pursue a solo career, they gained a new band mate, and they just wrapped-up some Spring concerts with Jason Gray. Through all the changes though, 7eventh Time Down has stayed true to the message they’ve wanted to share about Christ through all of their music. Here’s a little more of their heart (and a live performance of “The 99”):

Jamie Kimmett, “Prize Worth Fighting For”

If you listen to our sister station, 91.3 KGLY, then this song should sound a little familiar! Originally from Scotland, Jamie’s love for music and his new journey in following Christ has been such a powerful testimony to any willing to hear it. See, after turning down a record deal with a pop label, Jamie took a step of faith in the direction of music writing, with his journey as a New Christian being the main focus. And from that, he now calls Nashville his 2nd home, and he put out this first song! Here’s a live performance of it:

Tauren Wells, “God’s Not Done With You”

After putting out hits like “Hills & Valleys,” “When We Pray,” and “Known,” how does this native Houstonian follow it all up? We’re thinking this song is how, but make sure to grab some tissues before watching the music video below! And, if you’re looking to hear this song live, Tauren WILL be heading towards East TX in October (hopefully more details to come on our Events Calendar)