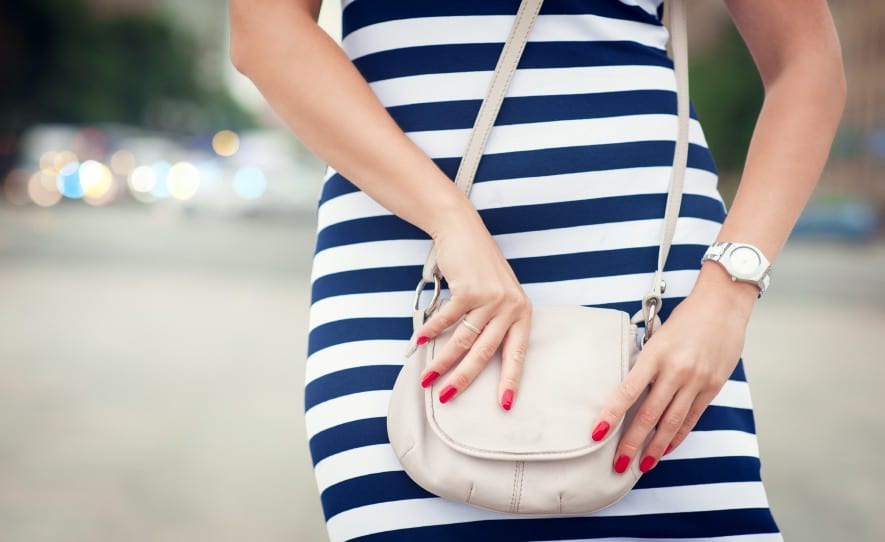 Everything I know about marriage, I learned in my cancer clinic.  I’ve worked as a breast cancer doctor for 20 years. I’ve watched thousands of couples cope with every conceivable (and sometimes unimaginable) kind of crisis, and I’ve seen all kinds of marriages, including those that rise like a beacon out of the scorched-earth terror that is a cancer clinic.

It’s a privilege to witness these couples, but the downside is I find myself muttering under my breath when my single female friends show me their ads for online dating. “Must like long walks on beach atsunset, cats,” they write, or “French food, kayaking, travel.” These ads make me want to climb onto my cancer doctor soapbox and proclaim, “What you really want to look for is somebody who will hold your purse in the cancer clinic.”

It’s one of the biggest take-home lessons from my years as an oncologist: When you’re a single woman picturing the guy of your dreams, what matters a heck of lot more than how he handles a kayak is how he handles things when you’re sick. And one shining example of this is how a guy deals with your purse.

I became acquainted with what I’ve come to call great “purse partners” at my cancer clinic. Every day these husbands drove their wives in for their radiation treatments, and every day these couples sat side by side in the waiting room, without much fuss and without much chitchat. Each wife, when her name was called, would stand, take a breath, and hand her purse over to her husband. Then she’d disappear into the recesses of the radiation room, leaving behind a stony-faced man holding what was typically a white vinyl pocketbook. On his lap.  He didn’t read, he didn’t talk, he just sat there with the knowledge that 20 feet away technologists were preparing to program an unimaginably complicated X-ray machine and aim it at the mother of his kids.

I’d walk by and catch him staring into space,holding hard onto the pocketbook, his big gnarled knuckles clamped around the clasp, and think, “What a prince.”

I’ve seen purse partners from every walk of life, every age and stage. Of course, not every great guy accompanies his wife to her oncology appointment every day — some husbands are home holding down the fort, or out earning a paycheck and paying the health insurance premiums, but I continue to have a soft spot for the pocketbook guy. Men like him make me want to rewrite dating ads from scratch.

WANTED: A partner for richer or poorer and for better or worse and absolutely, positively, in sickness and in health. A partnerfor fishing and French food and beach walks and kayak trips, but also for phone calls from physicians with biopsy results. A guy who knows that while much of marriage is a 50-50 give-and-take, sometimes it’s more like 80-20, and that’s OK, even when the 80-20 phase goes on and on. A man who truly doesn’t care what somebody’s breast looks like after cancer surgery, or at least will never reveal that he’s given it a moment’s thought. And, most of all, a partner who will sit in a cancer clinic waiting room and hold hard onto the purse on his lap.