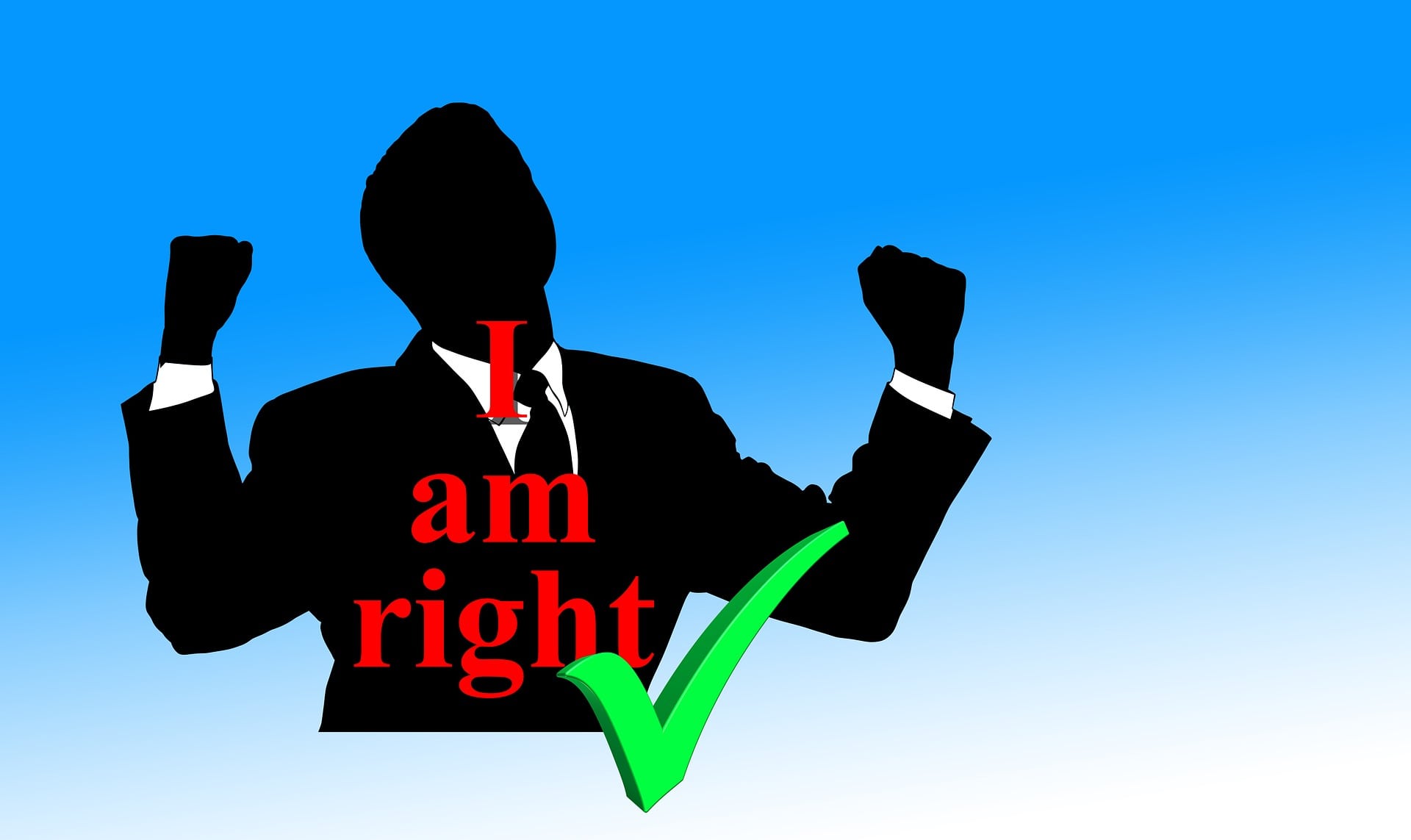 Most of us think of ourselves as morally okay. Not bad ethically, maybe even better than most in terms of character.

It has often been said we tend to judge others on their deeds, but judge ourselves by our intentions.

If we have a disagreement with someone, we don’t see it as two differing viewpoints, we see it as fact versus fiction. Guess who owns the facts…

This is especially true in the political world. We tend to see opposing ideas simply as wrong — or worse, evil. We don’t consider our thoughts as opinions so much as “right” and we even go so far as to assume God is on our side. Then we designate an opponent’s beliefs as “political” and our own as “truth.”

Jesus told a parable to some who trusted in themselves. They thought they were righteous. They treated others with disdain. He told of two men who went to the temple to pray. One said “Thank you Lord that I’m not like those bad people. I’m good. I do good stuff. The other, a tax collector, looked down in shame and said, “Lord, have mercy on me, a sinner!”

We’re all “tax collectors” in need of mercy.

It’s only when we release our ego and surrender to the fact that anything we have or do is because of God’s grace and mercy that we actually come to this real truth.

But that’s just my opinion.