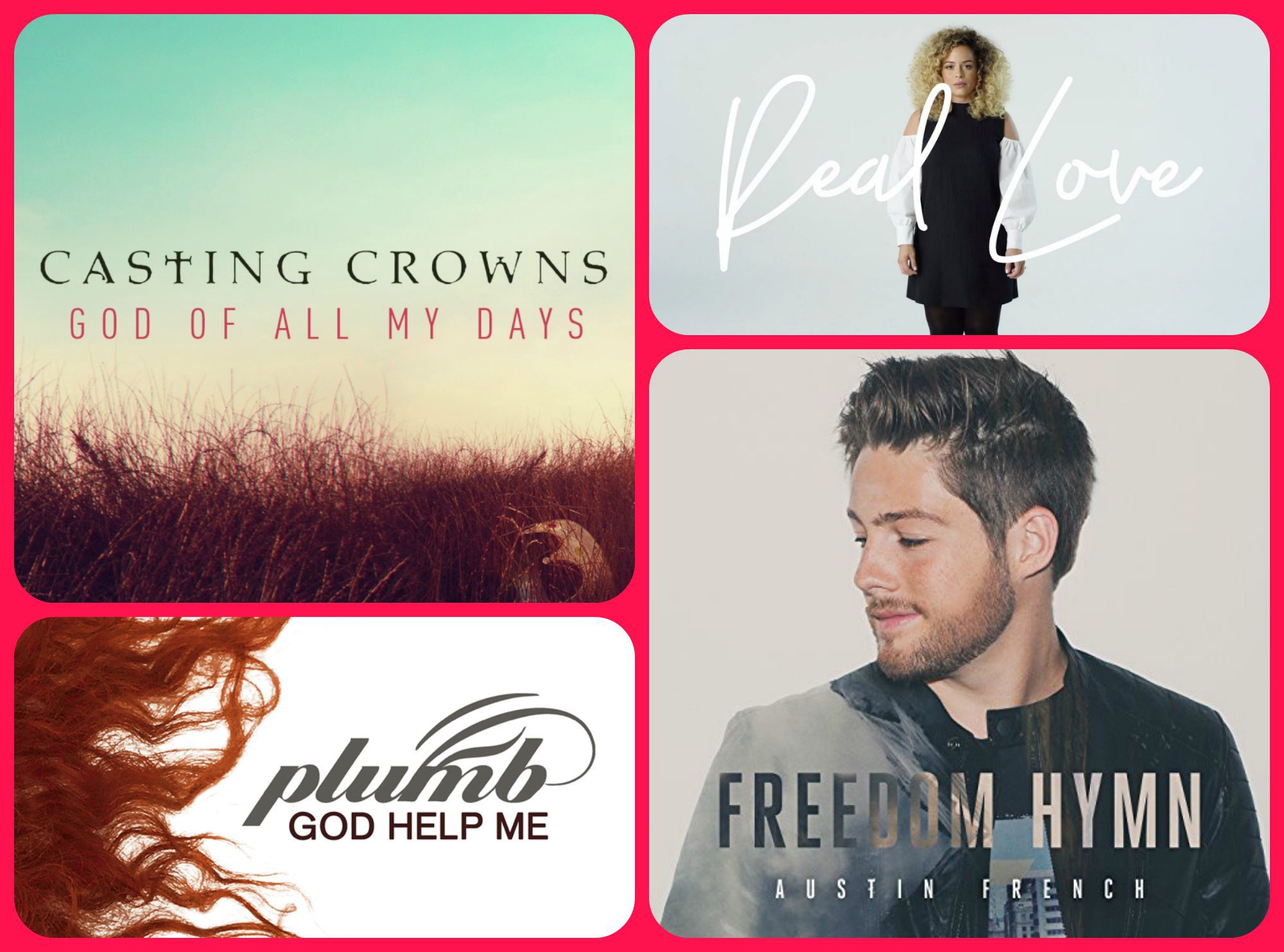 I was reminded recently that “If you actually love and have a passion for your job, it never feels like work.” Can I just say, that TRULY is the case working here, on and off the air, and I know I’m blessed! I also know that, even at jobs that you love, you have to make difficult decisions at times…which is why I am blessed once more with listeners just like you who help me and the team with choosing New Music to add! So, to not waste anymore time, lets dig a little deeper into the new tunes added 😀

Casting Crowns, God of All My Days

I would say you’d be able to see this song live at the Belcher Center in Longview soon…but if you didn’t grab tickets already, they’re actually sold out!! But don’t worry, I have a feeling this WON’T be the last time this talented team will be back in East TX. But until then, they’ll continue to be touring and working on new music, PLUS they’ve just re-released a worship album they did for Cracker Barrel back in 2015 to Christian Bookstores around the country!

Speaking of people visiting East TX, this lady and the group We Are Messengers had a chance to play in Longview recently, so if you were there you probably heard this one! Here’s Plumb (Tiffany Lee) talking a little bit about where this song began from…

Most would see 18 years old a young age to start as a worship leader at a church, but for new artist Austin French, it was exactly what he was praying for for years. After serving for 3 years as worship pastor at his church in GA, Austin tried out for a short-lived singing show on ABC called “Rising Star,” where he actually got all the way to runner-up. Since then, he’s gotten married, has 2 children, and moved a couple more times until recently signing on with Fairtrade Records and putting out this debut song! Here’s Austin’s heart on the song:

If you’ve heard the song already, I’m here to say No, your hearing isn’t going wonky! You may have heard this song at a few other places and spaces, but not this version. The journey to writing this song was a hard one for Blanca, but it’s a message that’s beautifully told…in both English and Spanish 🙂