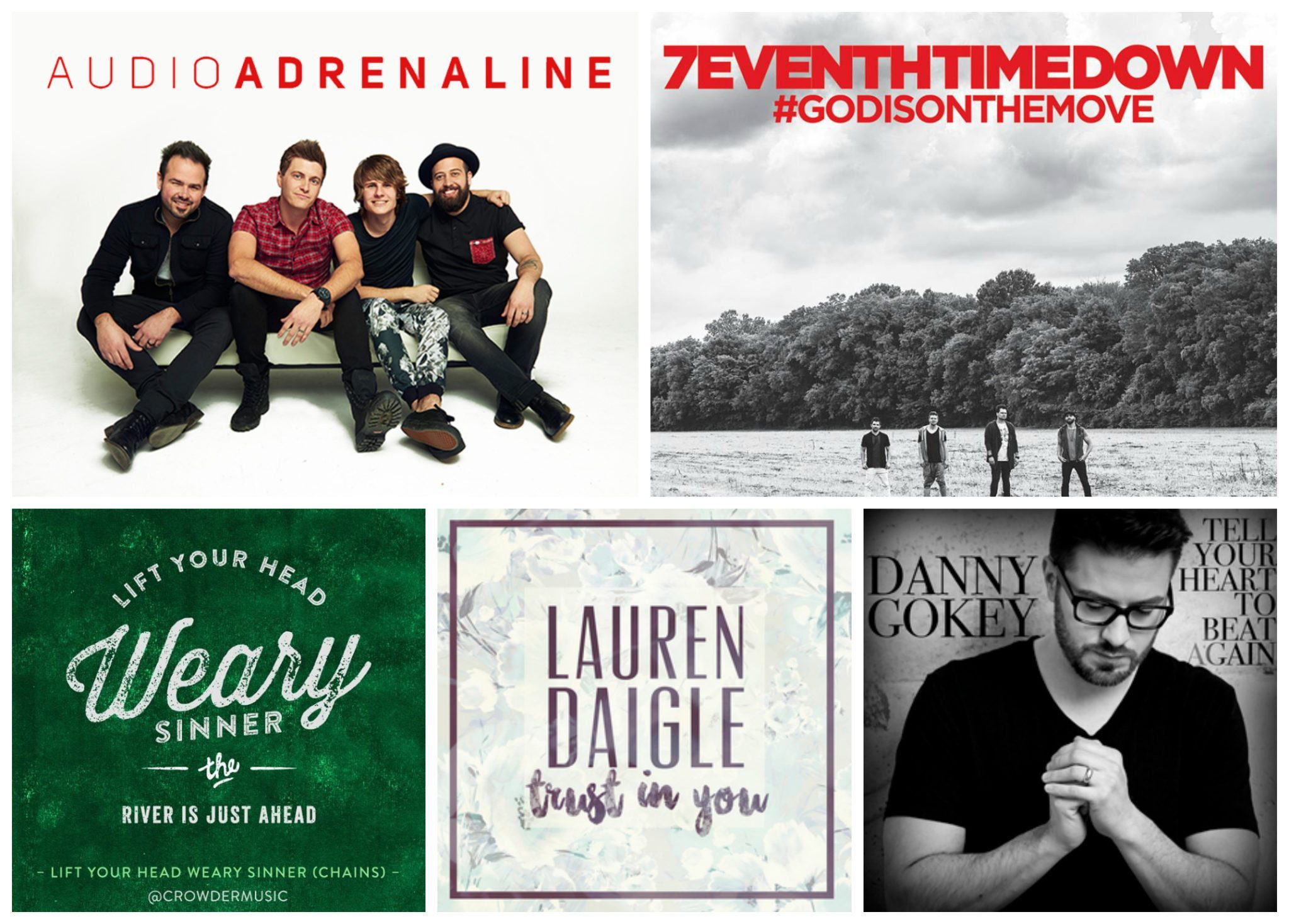 Yep, it’s that time again for some new music to the KVNE playlist, and this time it’s 5 NEW ONES! thanks again y’all for your input and thoughts as part of the KVNE Music Crew – it helps out a lot! And if you’re not part of the crew yet, sign-up HERE. -Nikki

Audio Adrenaline, “Sound of the Saints”

They may sound a little different, but this band’s mission of helping beautiful children in Haiti through their Hands & Feet Project is still the same, since it began in 2004. A few of the original members of Audio A still help with running the ministry side of the band, but now there are new members and voices leading the music side of the band, including former lead singer of Stellar Kart, Adam Agee. This song is such a great worship reminder, and it always helps when you get some vocal help from the His Little Feet International Children’s Choir from different parts of the world! Here’s a little story behind the song:

Danny Gokey, “Tell Your Heart to Beat Again”
If anyone knows about loss, hurt, and extreme heartache, this former American Idol contestant understands. It’s how Danny Gokey is able to once again bring a song to life such as this one, his 3rd single of his album “Hope in Front of Me.”

He calls his style Folktronica, yet David Crowder’s heart for worship and telling everyone of what Jesus has done is the biggest thing about any of his music. Currently he’s been helping with the Passion Conferences, working on a Live album, and hitting the country with a few concerts. Here’s a version of the song getting some help from Tedashii

Lauren Daigle, “Trust In You”
This is the 3rd single off of her debut album that helped get Lauren nominated for a Grammy and pick-up a few Dove Awards along the way. She’s been on tour with Winterjam and is planning on hitting the road with UNITED in the next few months, so this lady is busy!

7eventh Time Down, “God is on the Move”
Busy guys with busy lives but big hearts for the message of Christ, 7eventh Time Down is at it again with another song from their album with the same name. Currently they’re on tour with their label-mates and friends, Kutless, for a few more weeks. The bigger thing on their plate…the need of a new van. After 10 years and over 400,000 on the road, their trusty ride isn’t really trusty any more. If you want to help, here’s a link to their GoFundMe Page: New Van