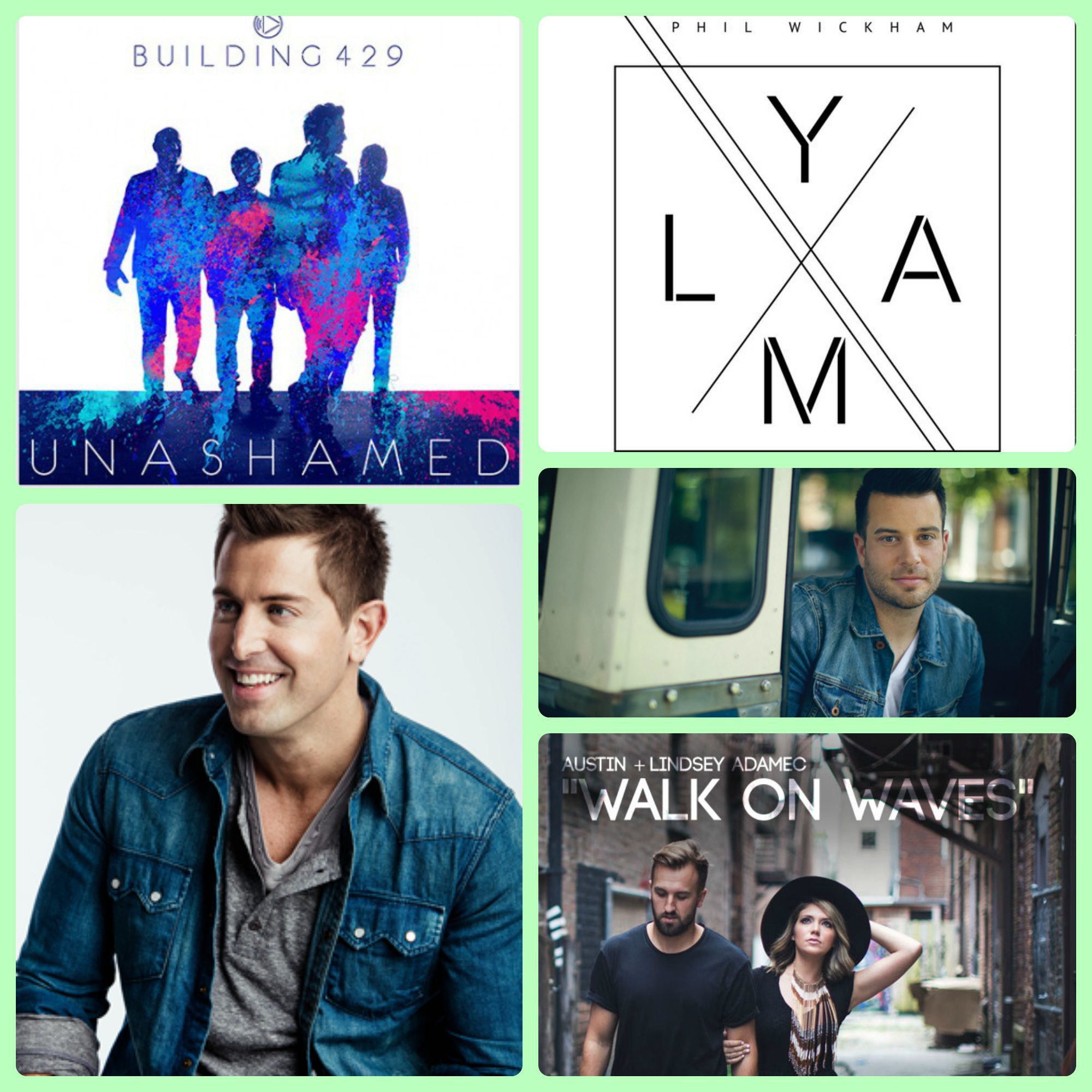 Okay, maybe you personally didn’t choose the music we picked to add to the KVNE music list, but people just like you from East Texas did. And you know how? They joined the Music Crew and voted on new music – yes, I pay attention to those numbers EVERY time I consider new songs to add. So, if you want to get your voice heard, sign-up now – the next email gets sent out soon, so click HERE

They’ve tried to do music separately, on their separate tours and separate record labels. Yet, when Austin and Lindsey got married, the thought of coming together to create music really was embraced, and now this newlywed couple is on a journey together! Here’s how things formed for Austin & Lindsey and the story behind their song, “Walk on Waves”

This crew are NO strangers to East TX, and with hits like, “I Believe,” “Always,” “We Won’t Be Shaken,” and “This is Not Where I Belong,” Building 429 are not strangers to making music praising our Father God. They’re taking a break right now from their usual touring schedule and getting ready for the summer…well, summer festivals that is. If you’re heading to one of them, here’s a little sneak-peek in what you probably will see

It’s been awhile since we’ve heard new music from this guy, but don’t think Jonny hasn’t been busy. Not only did he get married and has his first child, but he’s been touring and creating new music with other songwriters and side-projects. And now he’s back, full force, and working on a new CD for all to enjoy. Until then, you could grab this song and a few others on an EP Jonny has on his website now

Jeremy Camp, “Christ in Me”

Jeremy Camp continues to create music that makes most stop and really think about who they are and what their relationship with God looks like…which this song does that for sure. Just like Building 429, Jeremy will be on the road this summer mainly performing at summer festivals, with 2 so far in TX: in Midland and in Austin.

Phil Wickham, “Your Love Awakens Me”

It’s been almost 2 years ago when Phil Wickham started to lose his voice and was in a place of fear and uncertainty of what was next to come. Thankfully, with prayer, the knowledge and skill of some great medical staff, and TONS of rest, Phil’s voice has made an amazing recovery and has recorded new songs like this one from his new CD, Children of God (which I’ve listened through a couple of times and it is superb).