Home < We Were Having So Much Fun…

We Were Having So Much Fun… 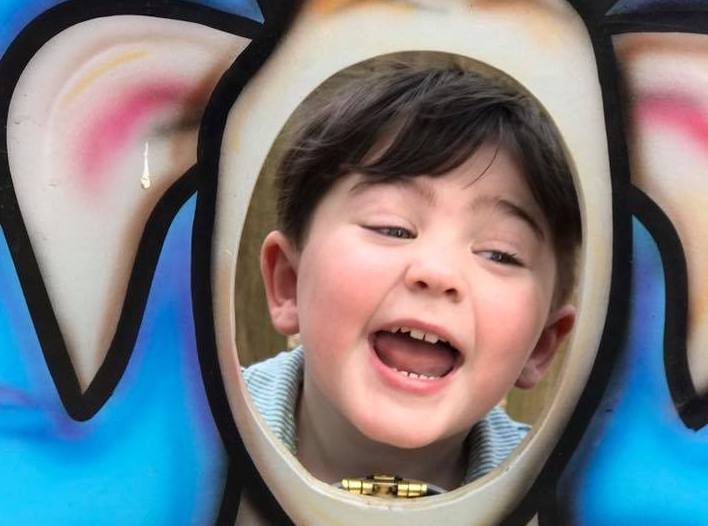 We were having so much fun! Then it happened…

Owen was so excited! He jumped off the merry-go-round, squealing as he ran toward the ferris wheel when I made the mistake of exclaiming, “Let’s race!”

Owen took off even faster and was giggling his little head off, looking back at me with a big smile as a I feigned exerted efforts to pass him. He was winning! It was then I noticed a fast-approaching dip in the terrain leading to a gravel driveway.

I knew he wouldn’t be able to anticipate the unleveled path while he was looking at me, but it all happened so fast. I couldn’t warn or reach him in time. Owen hit that dip, and it knocked him off balance. He went all knees, elbows, and chest right into the dirty, rocky earth.

He went down hard. He’s just a little guy, but for him it was at full tilt. I think the shock of the traumatic jolt was the worst part, but he was hurt. Bloodied knees and scuffed up hands. And he wailed.

I scooped him up and we shuffled him off to the nearest bathroom, where my wife Lois cleaned him up while I sought bandages.

It broke my heart to see him hurt, especially since I was responsible for him when it happened! We patched his wounds, dried his eyes, and gave plenty of hugs to get him back on his feet and back to the fun.

We enjoyed the rest of the afternoon, although our pace was now a tad slower!

And on the way home, Owen said: “Pops?

“I don’t think I’m gonna race in the gravel anymore.”

It was just a couple scraped knees, but if I could have caught, him I surely would have! I’ve done it several times before! I know I hated to see him cry.

I wonder how often the Father sees us make rash decisions in our haste. When we get caught up in the moment, do we forget the potential perils? Not only physical harm, but emotional distress, relationship damage, financial woes? As much as we love our kids and grandkids, God loves us so much more. He sees the rugged terrain ahead, but often we experience the painful consequences of our actions. How must it pain him to see us hurt!

In what ways have you seen the Lord work through rough patches in your life?