Home < What if Praying Could Cost You Your Job

What if Praying Could Cost You Your Job 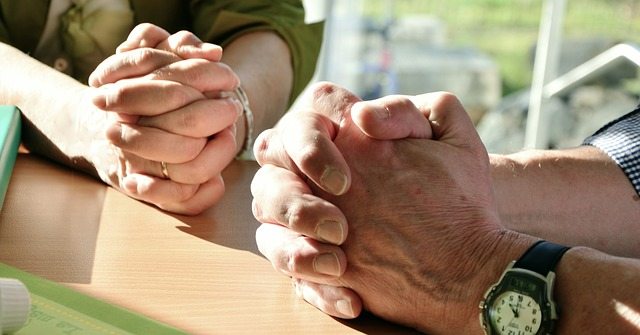 Is this world getting so far from God that we can’t privately discuss our faith while at work?

This story reminds me of what the apostle Paul went through trying to witness to others about Jesus. Paul knew suffering like few others in this world. His suffering was the result of his service for Christ, as one who boldly preached the Gospel and taught others from the Scriptures.

Paul experienced hostility primarily from his own people, the Jews, but also from Greeks and Romans.

Here’s what happened to a school teacher in Maine:

Here is what the letter said: “In the context of the ‘separation of church and state,’ this case prohibits public school-sponsored religious expression,” the letter continued. “Therefore, in the future, it is imperative that you do not use phrases that integrate public and private belief systems when in the public schools.”

The teacher was in shock and thought she might lose her job. So the teacher hired First Liberty Institute, which took up her case.

First Liberty Institute has filed a complaint with the Equal Employment Opportunity Commission, accusing the school district of religious discrimination. The attorney from First Liberty, Timothy Woodcock said “The law is clear: employers cannot discriminate against employees who privately discuss their faith while at work.”

What if that happened to you? How do you think you would respond?