Home < Wrestling with the Wrong End of Life

Wrestling with the Wrong End of Life 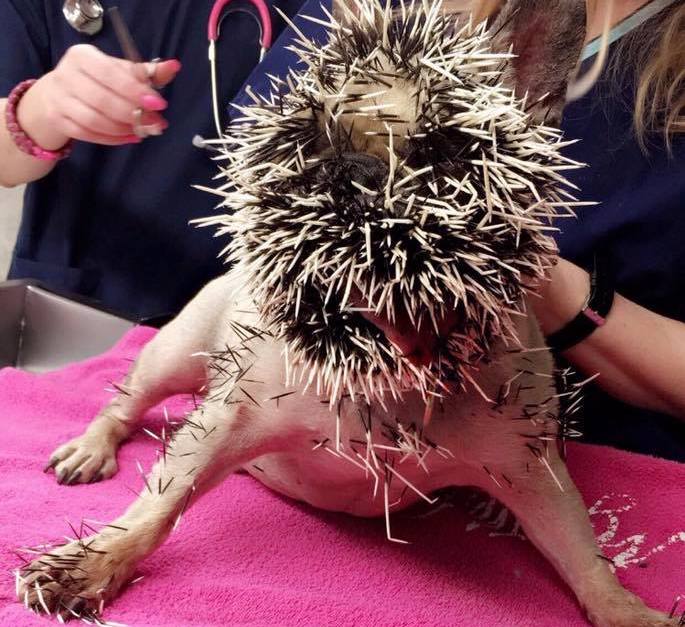 I don’t know about you, but some days I feel like I’ve been wrestling with the wrong end of life!

Kind of like this bulldog who wrestled with the wrong end of a porcupine. But the truth is we are going to get a few pains in life. The test of life is that we not get stuck in the pain of it all and carry all of those pains with us.

Some pains are ones “bought and paid for,” as my grandmother used to say…meaning I’d done something I knew wasn’t best or maybe was downright wrong and so was left with the repercussions of that choice. Kind of like the bulldog who tussled with that porcupine.

There are also life’s pains that were not the result of anything we may have caused or chosen, but are the result of someone else’s bad choices or life in general.  Still, with the reality that life can be painful sometimes, and that wrestling with it can leave us “stuck” with something that we were not hoping for, we’re still told in the Bible more than 365 times NOT to be afraid. We’re told to “fear not.

I’m not suggesting we “fear not” and jump on the back of a porcupine, but as we navigate through life, fear not and remember Romans 8:31:

What, then, shall we say in response to these things? If God is for us, who can be against us?

BTW: The dog was anesthetized, the quills were removed and he is recovering well. The same is not true of the porcupine.