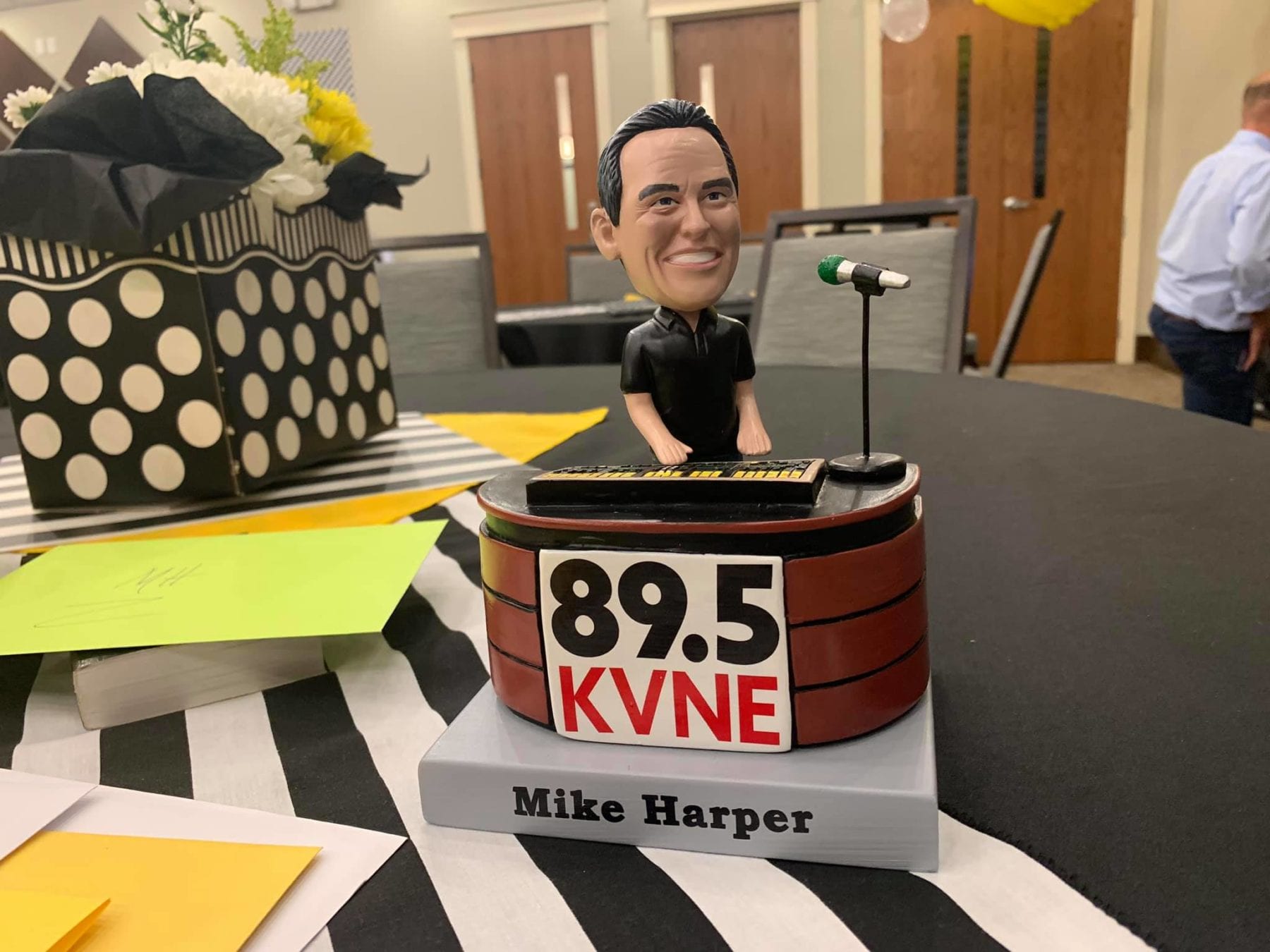 This week was bittersweet.

Sweet because the KVNE/KGLY staff threw me a festive, Beatles-themed party, complete with food, fun, and fabulous prizes to celebrate my 30 years with the ministry. This Mike-fest was attended by many friends, family, and cohorts. I’d not gotten this much attention since I climbed the tower in a bird suit.

And it’s slightly bitter because I got a slap in the face of harsh reality.

Thirty years anywhere is a long time. It’s especially rare in radio, as the norm for DeeJays is to move from station to station, and from city to city, every few years. I don’t take any more credit for this than just showing up every day. The bulk of the applause goes to God for His grace, and my employers for allowing me to stay. For the past nearly 12 years that employer has been the merciful and long-suffering Troy Kriechbaum. I’m forever grateful.

So when the thought of “30 years” sank in, it rolled around in my brain for a long time. Then my knees buckled a little.

To say the world has changed since then is like saying summers are hot in Texas. Few facts could be more obvious. Radio, in particular, looks nothing like it did in 1989.

When I started, we played records on turntables, threaded audio tape onto reels, and pushed 8 tracks into machines. CDs had only recently been introduced to the mainstream.

We had a live announcer in the studio at all times, even Christmas. Getting an on-air license from the F.C.C. was a major ordeal and all employees were required to have a mullet.

As you can see, the world as we knew it in 1989 looked nothing like the culture of 2019. And that’s not necessarily all bad.

Because last Thursday I was able to order my meal online, send photos and video to loved ones via a cell phone, and drive a Prius home using virtually no gas.

So while I’m older, and a little grayer, hopefully I’m a little wiser, too. I’m also more thankful than I can express. One of the nicest things said during my wonderful 30 year celebration was, “Here’s to 30 more!”

Really? Wheel me in when I’m 91! I bet I can still keep up with Carrie Parsons!