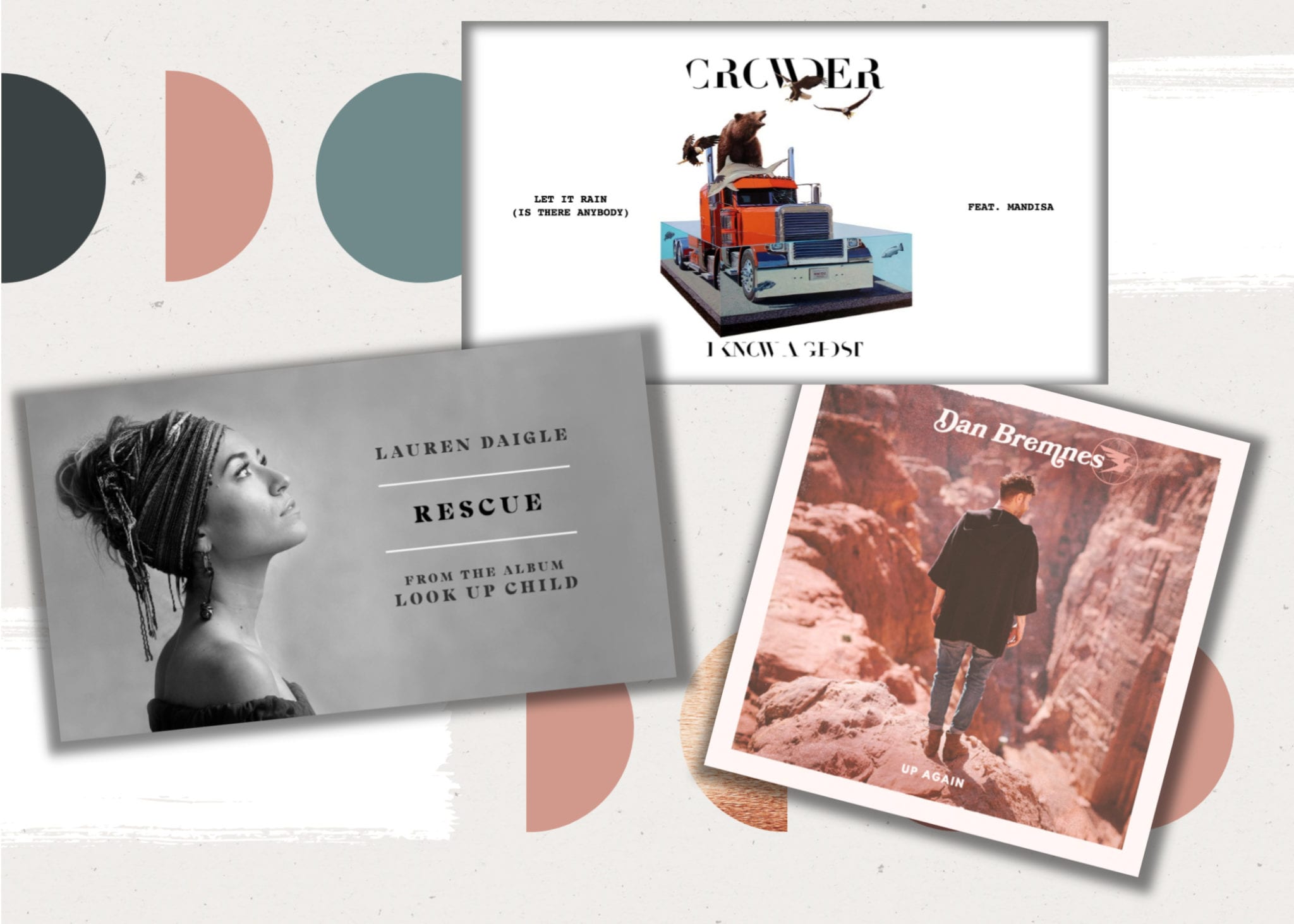 With a new month starting, what a great way to get things started then with a few new songs!! All from KVNE artists you know, and keeping the summer beats moving…even if in just an evening sway!

You’ve probably heard someone in your life say, “When you get knocked down, dust yourself off and get back up,” (or something like this). For Dan Bremnes, this was something he felt his mom would tell him…if she was still around. See, a few years ago, Dan’s mom passed away in a car accident, and as he sat to write the songs to this next album, he wrote a letter of what he would tell his mom if he could. That letter became this song, and as he said in an interview, “…so for me, it was an emotional day writing that song. And it’s also encouraging because no matter how many times you fall, you can get up again. Enjoy the music video for this song, which was filmed throughout his time on Winterjam!

Trust – it’s a pretty big 5-letter word, and for some, it’s still a mountain in their way. So Crowder (with the help of Mandisa) wants to help tackle this mountain for you with a song that’s toe-tapping, yet thought-provoking.  If you want to hear a little more about it, here’s Mister Interesting himself:

You’ve probably been hearing this one already on our sister station 91.3 KGLY (or on her album “Look Up Child”). It’s finally time to bring it to you in our regular rotation, reminding you each time you hear it that God hears you, loves you, and as the story in the book of Matthew goes, He would leave those who already know Him to save YOU! Check out the amazing music video that was shot throughout Alaska: