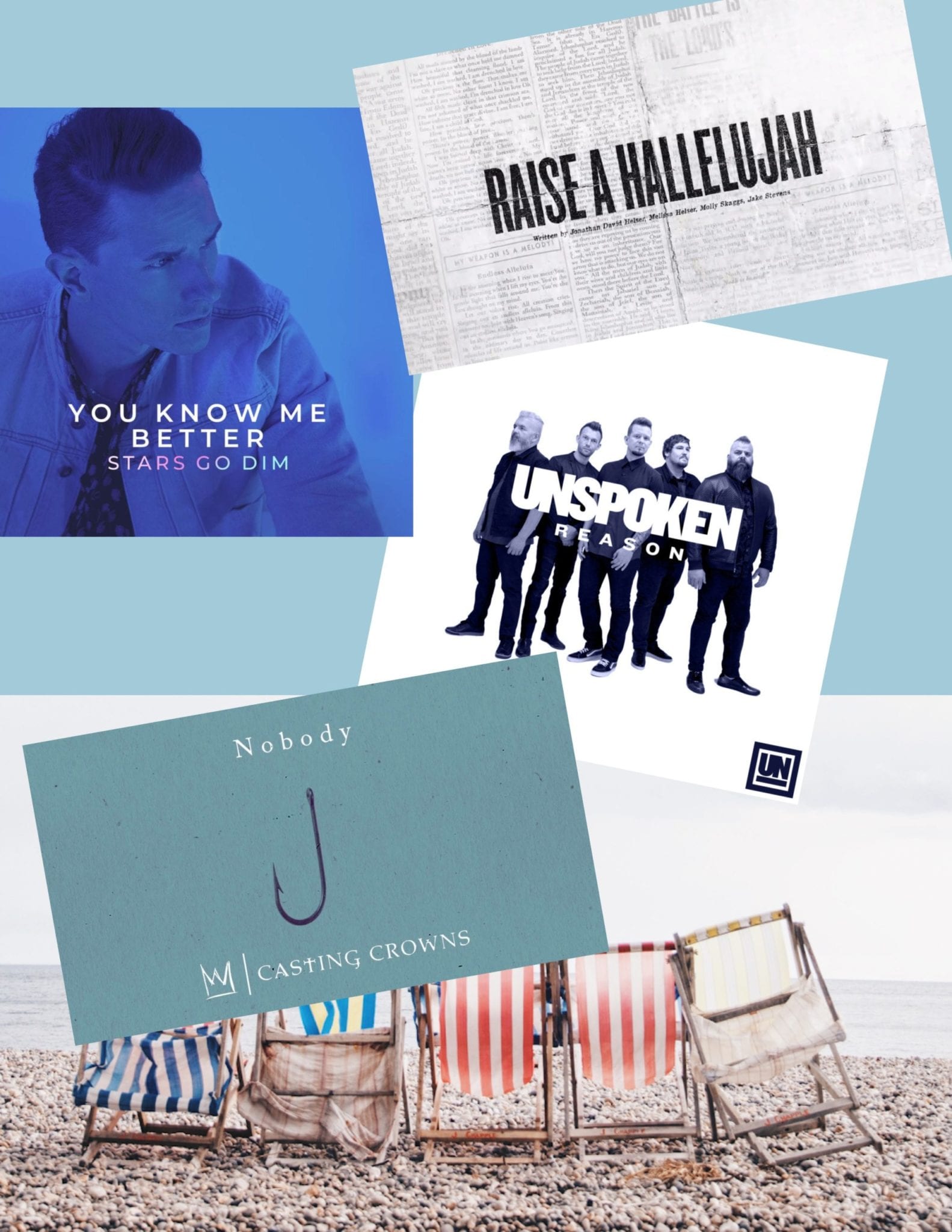 The temperature keeps rising here in East TX, so why not raise the tempo a little too! Get ready to take in a few new songs (with one slightly familiar one) that will keep the beat going, but have messages that can speak life, hope, and help when you need it the most.

Off of their 4th studio album (with the same name), this new song, even though is catchy as can be, really hits home in the message, especially if lately you’ve felt like NOTHING has been going your way! As lead singer Chad Mattson has said about this song (and the album), “The reason that every one of these songs exist, the reason that we put our feet on the floor, the reason who we are who we are today, is all because the love of God.” Here’s the official music video for the song, which actually stars Chad’s daughter! But don’t worry, all the stunts were safely done (and some computer editing helped).

This one could sound a little familiar to you, whether it be because you’ve heard it on our Sunday Morning Shouts of Praise time, or you finally have been singing it at your church. Wherever you’ve heard it, we’re glad to bring it to you on a regular basis to take a minute and worship in your busy day. Originally partnering with Bethel, Jonathan and Melissa still help with worship through that church and others in North Carolina, but also have been working on their 9th studio album, “We Rise We Bow,” which is being released in 2 parts (the first part is out now, with the 2nd one coming in October). Here’s a live performance of their song with Bethel Worship.

From his new CD, “Better,” this is the first song that, even though may not be super upbeat, has a message that hits the gut and a may even make you sway while you sing! As it goes during the summer time, Stars Go Dim is on the road right now playing at a few Summer Festivals, everywhere from Illinois to Missouri, and in between. Not sure if they’ll be coming our way, but at least we’ll keep you in the loop with new music like this one…just in case Chris Cleveland (lead singer/songwriter) and his crew come our way. Here’s Chris’ thoughts on this new song (and a live performance of it).

If you ever had the thought that Matthew West would sound really great with Casting Crowns…well here is your idea becoming a reality! Off of their album, “Only Jesus,” this is the 2nd single Casting Crowns decided to release, and what a FUN choice! If you get the chance to check out the music video, do so. But here’s Mark Hall’s heart and ideas behind the song: